Searching for a vehicle that offers tremendous capability, premium luxury, bold styling, and powerful performance? Full-size luxury SUVs excel in each of those categories and help your family create memories which will last a lifetime. With more and more buyers making the transition to this segment, the sheer amount of choices can seem overwhelming at first. To help simplify your decision, INFINITI of Easton has taken the time to place the bold INFINITI QX80 up against two of its biggest rivals – the Acura MDX and Lexus LX. Let’s see which of these three SUVs will emerge with the victory.

The first challenger to face off against the INFINITI QX80 is the Acura MDX. Although each is the largest SUV in their respective brand’s model lineup, you’ll quickly discover that the MDX cannot measure up to the QX80. The MDX begins this matchup with a slight price advantage. However, any perceived value doesn’t translate to feature content or performance. Despite a complete redesign for 2022, the Acura MDX still falls short in several key categories.

Comparing performance figures, the INFINITI QX80 has considerably more horsepower and torque than the less-powerful MDX. Not only will you immediately appreciate this advantage when you accelerate onto the highway — you’ll also be able to tow 3,500 pounds more than the Acura when you drive an INFINITI QX80. Despite being a luxury vehicle, the QX80 has a tough side, too, with a strong, fully boxed frame and welded crossmembers contributing to its impressive towing ability.

Bigger isn’t always better, but in this case, it certainly is. The INFINITI QX80 has a roomier interior than the Acura MDX. This means more comfort for you and your passengers, which will make road trips (and short errands) more comfortable for everyone involved. Standard features on the QX80 which you won’t find on the Acura MDX include LED brake lights, rear audio controls, and running boards for easy access. A total of 13 speakers are included in the Bose audio system inside the QX80, giving you and your family a superior listening experience.

Despite the Acura’s redesign, the obvious favorite remains the INFINITI QX80. It offers greater front headroom, rear headroom, and rear legroom than the Acura along with several other features the Acura simply can’t match. Although Acura and INFINITI share the same 4 years of warranty coverage term length, INFINITI offers 10,000 more miles of coverage. 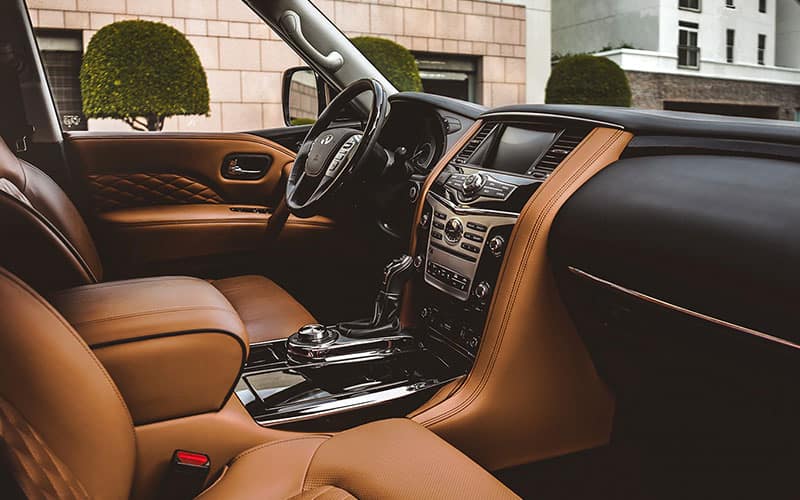 A stark contrast to the previous matchup, the INFINITI QX80 begins its comparison with the Lexus LX with a massive $14,580 price advantage. Thinking that choosing the QX80 would mean sacrificing on premium features and capability? You’d be sorely mistaken.

Despite its higher price tag, the LX falls short of the performance found on the QX80. Even with greater horsepower and torque figures, the QX80 still manages to deliver higher highway fuel economy than the less-powerful Lexus LX. Choosing INFINITI means that you’ll have 1,500 extra pounds of towing capacity to bring your largest toys along for the adventure.

Upscale amenities found inside the QX80 which you won’t find inside the LX include voice-activated air conditioning, a remote start system, and rear audio controls. A greater number of speakers helps everyone inside the INFINITI QX80 enjoy a concert-like listening experience. In terms of cargo capacity, the Lexus LX is clearly inferior with 12 cubic feet less cargo space. Greater front headroom, rear headroom, and rear legroom help illustrate how the QX80 is the better option for those with large families or active lifestyles. Finally, the basic warranty coverage of INFINITI extends 10,000 miles beyond what you’ll receive at Lexus.

Now that you’ve seen the results, the clear winner of this competitive comparison is the INFINITI QX80. Both the Acura MDX and Lexus LX simply cannot measure up to the impressive value, performance, luxury, and versatility found on the QX80. Ready to experience the QX80 for yourself? Our team of professionals at INFINITI of Easton is standing by to help you choose the model that’s best suited for your lifestyle. 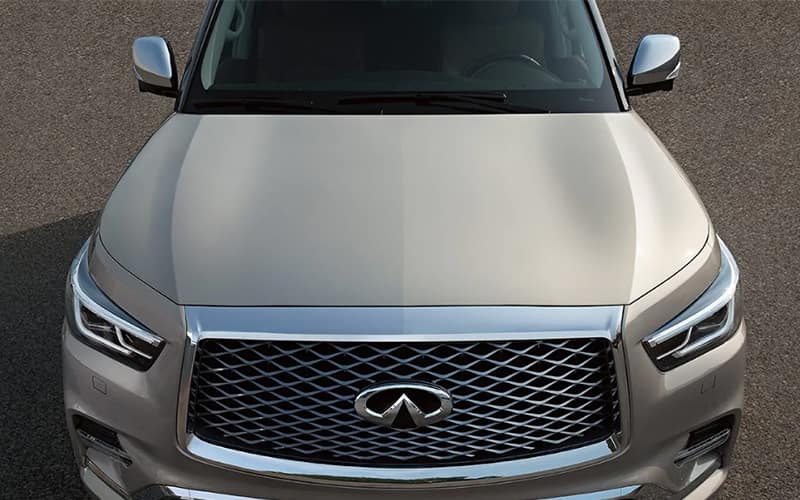